Top 10 Comparisons between Religion and Dentistry

Dentists. I could go on and on about this particular profession. It's truly amazing that Dentists are the only profession that I can think of that not only works on your mouth while you wait, but you are conscious while it all happens! Imagine if your auto-mechanic had to work on your car with you looking over his shoulder. Imagine then if you had to do your job with your customer/manager watching you do it all day. Most of us will have a meeting with our bosses once every quarter or once every month at the extreme. I'm given to understand that Dentists have the highest suicide rate amongst professionals. This isn't a big shock considering that the best compliment a Dentist can get is characterized by the phrase 'it didn't hurt a bit!' This is usually said with some shock and amazement. This means that ultimately, we pay and pay dearly for the Dentist to hurt us. Who wouldn't have a lot of job satisfaction from that?

Another subject I could go on and on about is Religion. Once again, I will go to pains to not offend anyone, but I make no guarantees. If I did offend you, then I'm sorry in advance, it really isn't my intention to disprove or ratify any specific religion over another. It's just something we do as people. Religion does have several elements that are common to nearly all flavors. We turn to religions as a voice of authority that is willing (in many cases downright eagerly) to tell us how we can improve ourselves and our lives. We tell religion that we want to be nagged about what we are doing wrong. yikes.

Since I like them both so much I will kill 2 birds with one stone and give the top 10 comparisons of religion to dentistry. I hope you like it as much as I liked writing it.

10. You can talk to God, but you can't talk to your dentist 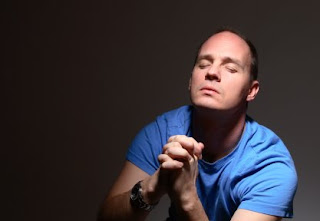 - Spirituality aside, when you talk to God, however you choose to do it, you will hear back nothing. This doesn't mean you won't manufacture some meaning out of your conversation, but by and large if you say hello God, you will not get a 'hi there' back from the big guy. He just doesn't do things that way. When you are sitting in the Dentists chair, these roles are reversed. Most Dentists will carry on a 1 sided conversation with you if for no other reason to distract themselves from the fact that you forgot to use mouthwash before you sat in the chair. They will ask you things and the best you can do is roll your eyes or possibly make a sound that would be indistinguishable from nature if heard in a forrest.

9. You can easily lie to Clergy, you can't lie to the Dentist 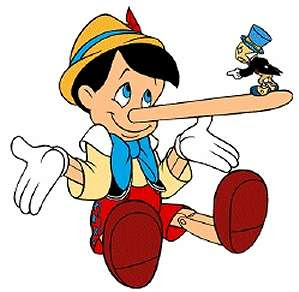 - In many religions, the process of unburdening ones soul comes in the form of confession. When you go to your religious leader, you may confess your sin, but if it's not something you are proud of, you will skirt the truth of it, you will talk around it, you will justify yourself in your actions. Your minister knows that the process is there for you, the minister is just there to facilitate. So the minister will take your self absolving lies and let you go your merry way. Your dentist on the other hand will take your lies for what they are, lies. They will nod their heads in understanding when you say 'I think I floss most every night, and I brush two times a day'. But when they look at your cherry red gums and the decay that runs rampant through your teeth like Israelites through the Philistines, both you and the dentist know that your lie will avail you nothing. 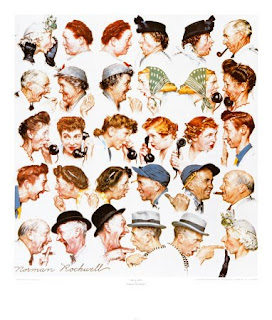 - One of the problems with religion is that like minded people get together to form standards of behavior that define the group. If these behaviors are breeched, you are penalized for it in any of several ways. Even if your sins are held in confidence of your religious leader, often times they are let out unintentionally as grist for the rest of the congregations mill. Your dentist on the other hand, is bound by a higher power. HIPAA (Health Insurance Portability and Accountability Act) states that anything that has been done to your teeth is between your dentist, your hygienist and you. Nobody likes to run afoul of the Government on this issue, it can be extraordinarily costly. Ahhh now if there was a HIPAA for religion hmmmmm.

7. Both Dentistry and Religion benefit financially from your sins - 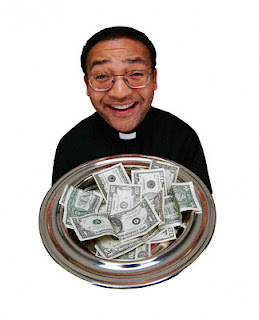 Guilt is a surprising motivator. It compels us to do all kinds of things that normally we wouldn't consider. For instance in religion, the guilt attached to ones actions will often push that person to do something else that is good to offset the bad they have done. Hoping that the final judgment will look more like a credit card statement than a series of indictments. They hope that their once a year trip to the soup kitchen will offset the cheating on their taxes. If that person can't make it to charitable events to donate time, they will be more than glad enough to part with some cash for the betterment of God's kingdom if it will alleviate the pain of their sins. Look at the Mob. Dentistry is much easier on this front. Dentists are bound by a similar Hippocratic oath as Doctors and vow to 'do no harm' They want you to have healthy teeth. But healthy teeth, like Religion seem to go against human nature. And so the Dentist will fill their pockets with the fruits of your sins of omission.


6. In religion there is the promise of Heaven. In Dentistry there is only Hell 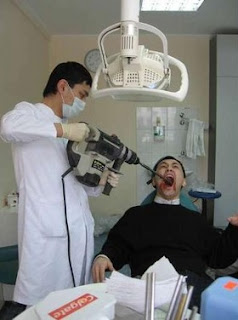 - I know this sounds a little harsh, but it's unfortunately true. Nearly every religion has a promise of a better afterlife be it Valhalla, Heaven or a better reincarnated state (I'm just hoping for something above insect at this point). It is always a place where there is no pain, hunger or death and you will be able to do what you most like as long as you like it. The end of days for Dentistry will find you in dentures at worst, and the road to that end is paved with other painful reminders of your sloth. You must be faithful in vigilantly defending your teeth until you expire as the dental demons of carries and gum disease slowly eat away at your smile the moment you let your guard down.

5. Forgiveness of sins is relatively easy in Religion. In Dentistry there is only Justice. 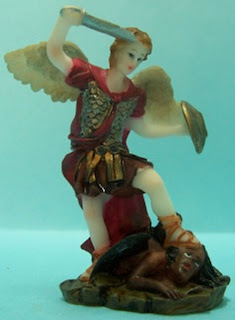 - Religion wouldn't be much good to anyone if they couldn't tell you how to live your life. The key is to make you feel sufficiently guilty about your natural behavior while simultaneously giving you hope for mercy from the effects of that behavior. It's a delicate balancing act. Too much guilt and you give up. Too much mercy and nobody takes you seriously. Dentistry on the other hand has no preconceived notions about your piety. The fruits of the sins of your youth will be visited upon you many fold. I quote from the book of First Kingsley:

'Yea verily though you walk uprightly in your old age you still suffer the fiery darts of decay. Woe unto you! Ye who would shirk the brushing of your teeth in your youth, for it is given unto you to prevent the cause of your misery'

If you aren't a good brusher and flosser when you are young, no amount of efforts in adulthood will abate the debt for these oversights. You can only hope to stop future suffering with current preparation.

4. Proper observance of Religion requires meetings once a week. In Dentistry the meetings are twice a year. -

Sitting in the chair to have all of your sins revealed is uncomfortable at best. People have your mouth open large enough to provide stadium seating. They have devices that promote good gum and tooth health that are of course painful. They take dental X-rays, just to make sure you don't slip a cavity by unnoticed. Then they tell you you REALLY should be flossing every day, not just when you can't force air between your teeth anymore. Because most church meetings happen on a weekly basis, they tend to be much less severe. lower dose over a higher frequency.


3. In both Religion and Dentistry, you can see visions - 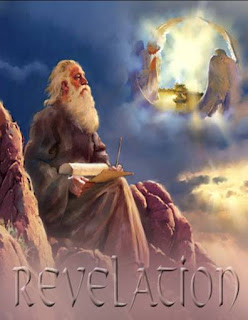 Well, maybe not visions in a Moses I need you to save my people sort of way, but you will definitely enter an altered state of mind between the nitrous oxide and the Novocaine. Punctuate that by sudden flashes of pain and you've got some pretty intense stimulation. In Religion visions are really only the purview of the particularly pious. Most people will live their whole lives seeing nothing more exciting from above than a sky written message that says 'eat at joes'.

2. Religion has arcane secrets, so does Dentistry. 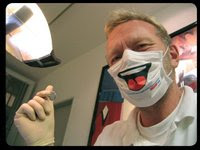 - In religion there are certain rites and rituals that are only for the devout of the Religion. This is for several reasons. First, it is these high rites that pushes us further within religion. We try to better ourselves if for no other reason, to partake of this high ceremony. If you aren't a true believer, some of these rituals will seem downright goofy and religion really has no use for a skeptic. In Dentistry they already have you in the chair, you are there to witness the Dentists every move. The last thing the dentist needs is for you to become nervous in the chair. Many tools of the dentists trade are passed to and from the dentist under your view. If you were to see the rather impressive syringe that they are about to puncture your jaw with, you might get a little up tight. A good dentist employs many tactics with which to distract and mesmerize you. All to make that unpleasant situation just a bit more bearable.

1. Religion and Dentistry both want to make sure kids aren't afraid to come and neither are successful 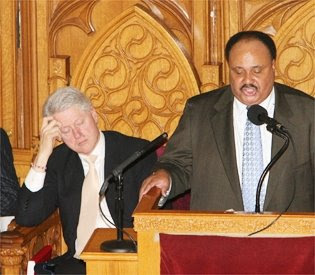 - Kids hate 2 things. Being bored and being in pain. If they were to look at Going to church v.s. Going to the Dentist they would likely ask 'how long is church?' This is especially funny since kids have NO concept of time at all. Usually the chance of pain far outweighs the surity of boredom. Religion has 'Church-lite' where the rules are relaxed for kids. They play games and sing songs and try to have as good a time as they can. They call it Sunday School. The dentists usually have the 'Treasure Chest' In a kids life, this is the ONLY method by which they can judge the professional nature of the dentist. If the dentist only has mood rings and some crappy tops, that isn't going to cut the mustard and certainly this tooth fairy smells of quackery. Everyone knows a large toy chest filled with fun is the only way to somewhat assuage the abject terror that same child felt just moments ago. This attribute is bragged about to friends at school. Nobody is bragging about what they got at church, unless of course they got out early.

There it is, my exhaustive and wordy treatise on Dentistry and Religion. Come again and tell a friend!

Dedicated to my own dentist. Truly worthy of praise in a thankless field
Posted by Pankaj Malhotra at 10:06 AM